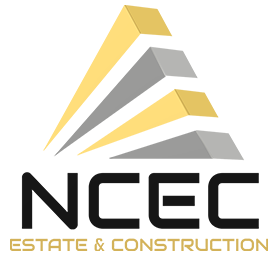 Cyprus is recognized as the “pearl of Mediterranean” for its location and rich history. It is famous for its unexploited resources, unspoiled nature, its historical sites, beaches and the surrounding sea.

Cyprus is the third largest island in the Mediterranean and located 65 km from Turkey, 100 km from Syria and 420 km from Egypt.

History
Cyprus, the magical island of Mediterranean, was divided into two parts after the conflicts between Cypriot Greeks and Turks. Since 1974 the island has been divided into two separate states, Northern Cyprus and Southern Cyprus. The two states are separated by a green line guarded by a United Nations Peacekeeping Force. Although peace negotiations between two countries continue in a positive direction, Nicosia is still recognized as “the last divided capital of the world”, while it continues to host different cultures.

General information
Northern Cyprus has an area of 3.355 km² or about 36,5% of whole island.

Border Gates and Passage;
Border gates between Northern and Southern Cyprus were opened for free passage on 23 April 2003. Currently there are 7 active border gates. Cypriot Turks (those born in the T.R.N.C), Cypriote Greeks with Cyprus Republic passports and EU citizens can use the transit points without any restrictions.

Transport
In Northern Cyprus, there are 3 airports including Ercan International Airport. All airports are included in the international flight traffic web. The largest of the three ports of our country is the port of Famagusta. Its importance as a commercial maritime port has made it the largest in Northern Cyprus.

Education
The education system of Northern Cyprus consists of 4 levels: preschool (3-6 ages), primary education (6-12 ages), secondary education (12-18 ages) and higher education (18+ age). Moreover all children between 5 and 15 ages must attend full-time schooling. Education provided by the state, including higher education, is paid through the taxes.

Health
Northern Cyprus has 51 hospitals, both public and private. Moreover the health sector is dependent on Turkey’s support which is growing as a result of an agreement signed between the Republic of Turkey and the Turkish Republic of Northern Cyprus.

Compare
You can only compare 4 properties, any new property added will replace the first one from the comparison.

Owning a home is a keystone of wealth… both financial affluence and emotional security.